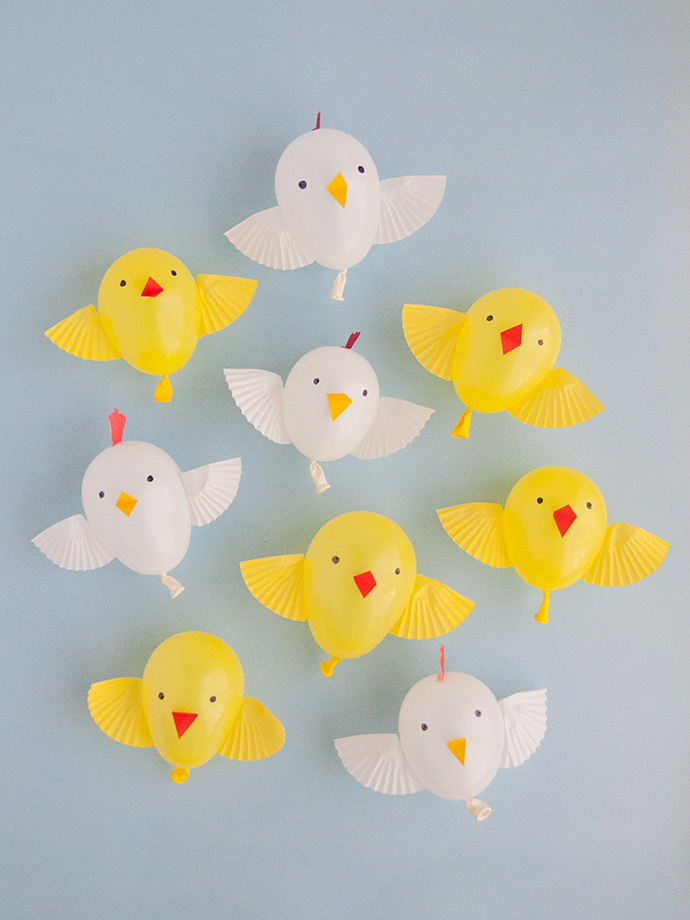 If you’re a longtime reader of the blog, you’ve probably seen Gina’s adorable spring chick balloon garland from several years ago. It is the cutest! When I started making these little hens and chicks, I was first planning to use mini paper lanterns but realized I didn’t have any in my craft stash. I did have lots of water balloons though, and I quickly realized that their shape was probably even better than the round paper lanterns would have been anyways. These would also be really cute using pinecones instead of balloons, kind of like these colorful owls I made a few years ago. Have fun crafting these chicks and hens using whatever you have on hand – either way, they will be the cutest addition to your kids’ Easter baskets this weekend. 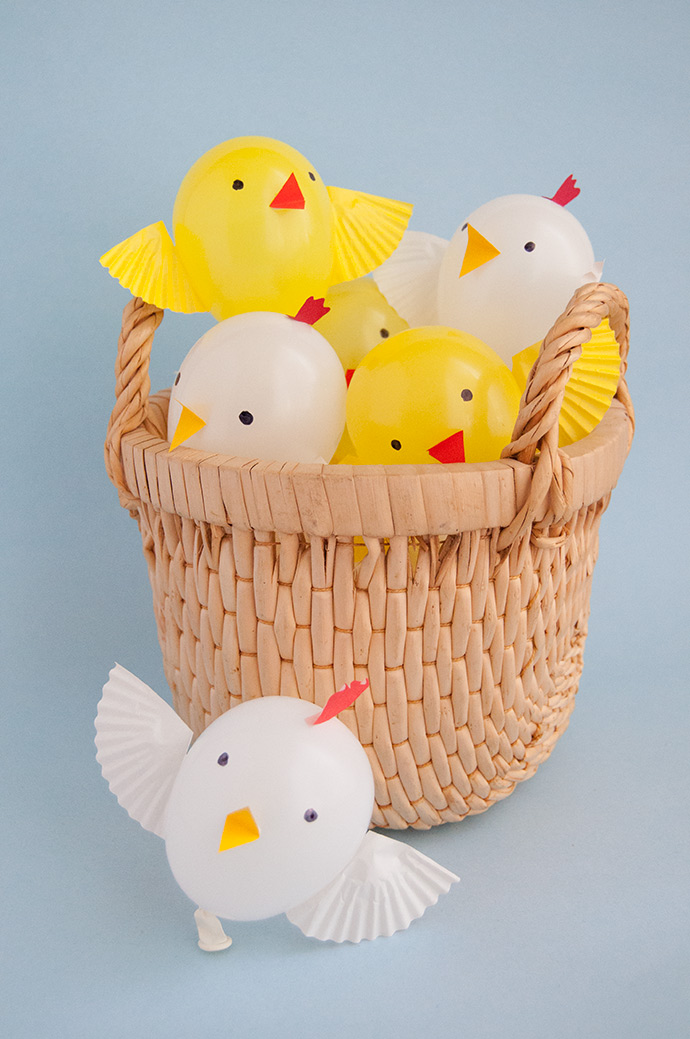 Step 1
Inflate your water balloon with a balloon pump and tie a knot in the end of the balloon.

Step 3
Fold a small flap on one edge of each cupcake paper wing. Apply a thin line of glue along this flap and secure onto each side of the balloon to form the wings. Hold the wings in place for a minute or two to help the glue adhere, and then gently set aside.

Step 4
For the mouth, fold a piece of scrap paper in half and use scissors to cut a triangle onto the fold. This folded diamond will be the beak! Apply a tiny line of glue onto the fold of the beak and set onto the front of the balloon.

Step 5
Use a black permanent marker to draw on two little eyes!

Step 6
If making the hen, make the comb (that’s what you call the red squiggle on top of chickens’ heads!) cut a piece of red cupcake paper or red scrap paper into a little wavy shape with three bumps on it. Fold a small flap on the base and glue it to the top of the hen’s head.

Step 7
Set aside to dry completely! These little guys can be a little bit fragile – if you’re not too careful with them you might find that you lose a beak! If you’re making this craft with littler kids who may not be so gentle with the finished hens and chicks, instead of gluing on the beak as pictured try cutting a 2D triangle instead and gluing it flat onto the balloon.